Depression isn’t discussed very openly, but it is something that is extremely prevalent in communities all over the world. According to the National Institute of Health, depression is the leading cause of disability in people ages 15-44 in the United States. Health professionals put a large emphasis on chemical imbalances in the brain as the issue, and prescription medications are the primary treatment despite potential negative side effects. While it’s true that neurotransmitters are hugely responsible for many of the symptoms, why are some people more susceptible than others, and are there other biomechanisms that may be at play here?

Interestingly, with the help of advanced brain imaging techniques, we may only just be chipping away at the tip of the iceberg in understanding the true nature of this disorder. One such technique, BOLD Imaging, (Blood-Oxygen-Level Dependent Imaging) uses MRI technology to track changes in oxygen to your brain cells to understand which brain areas are active and connected to other areas at the same time. A study from the University Hospital of Munster used BOLD Imaging to find that the parietal cortex, hippocampus, and cerebellum lose connectivity, while other areas such as the insula, precuneus, and thalamus actually can become overly-connected.

Additionally, another recent study from the Journal of Natural Medicine goes a step further and uses BOLD to categorize depression into 4 different subtypes! Each subtype shows varying patterns of connectivity in the limbic and frontostriatal areas. These subtypes were put to the test using a therapy called, Transcranial Magnetic Stimulation, in which they also found that certain subtypes are more or less effective for treatment. There are also other promising studies that suggest that the effectiveness of medications may actually be attributed just as much to changes in brain connectivity as they are to chemical changes. 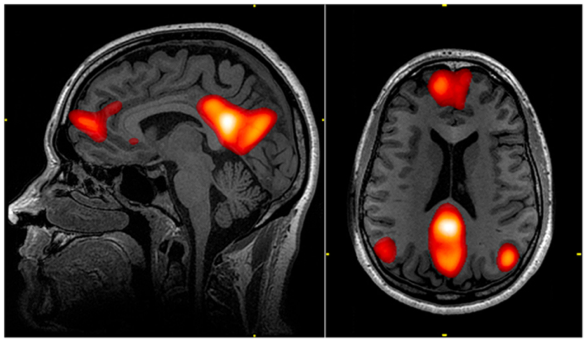 Posted in: fMRI and Depression

Email Us
Questions? Ask our office.

We’ll return your inquiry within 2 (two) business days.
Do not include any sensitive information in your message.
Call Us: 1.800.936.4674